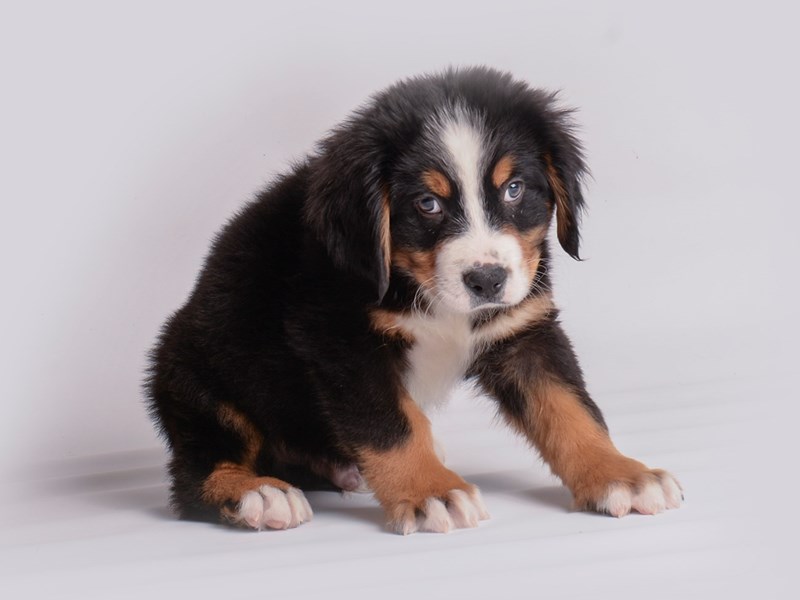 Want more information on this Bernese Mountain Dog? Please fill out our Pet Inquiry form below. 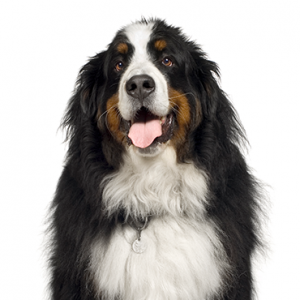 Commonly known as Berners and hailing from the high swiss mountains, the Bernese Mountain dog was formerly a working dog. This dog breed was initially developed to pull carts, herd cattle and also act as watchdogs. They are widely known for their loyalty and the high amount of energy they have. Discover more about our Bernese Mountain Dog puppies for sale below!

It is said that the berner was being put to work on swiss farms for more than a thousand years where it was hidden away far away in the alps, herding cattle and giving companionship. However, the need for a working dog began to dwindle in Switzerland around 1888 as more than half of the population gave up agricultural work.

Some breeders took it upon themselves to preserve their native dog breeds and they achieved this by creating a dog club which they called “Berna”. After the first world war, Berners were exported to holland and the united states.

In 1936, English breeders took it upon themselves to breed Bernese mountain dogs and succeeded as the first litter was born in England in the same year. The second world war put a halt on the importation of dog breeds, but these activities soon resumed in the united states after 1945. Today, the Bernese Mountain dog is a full member of the AKC.

Berners are very intelligent, loving, and affectionate dogs. They love being part of a family and thrive when they are included in all fun family activities. Although berners are quite protective of their territories, they are not overly aggressive with strangers.

Instead, they tend to be withdrawn and a little shy around many people. It is therefore important that owners expose their dogs to different people and animals in the early stages of their lives to make them comfortable with new faces.

Socialization is very important to the overall health of every dog and with berners, the earlier they are trained in this aspect, the more well-rounded they become as adult dogs.

Since they were initially bred as working dogs, the Bernese mountain dog has to be kept active and learning for it to thrive. It doesn’t do well in small places so this is not the dog breed for you if you live in an apartment.

They love having a wide expanse of land to run around in and use their playtime to get as much exercise as they need. Berners are family dogs and they need to be around kids and friendly adults as often as possible.

Aside from the usual yard playtime they get, berners need to be exercised daily for about 30 minutes. These exercises should be both mental and physical and not too easy to ensure that they stay in great shape.

Since Berners have the tendency to add a lot of weight if not well monitored, some experts advise they get at least 60-90 minutes of vigorous exercise daily to keep health conditions associated with weight gain at bay. Simple activities like swimming, hiking, running, etc, are great choices of exercise.

As beautiful as berners are, it comes at a high price. They are huge shedders and will shed all year long, especially during the spring and fall seasons. To control this, they need to be thoroughly brushed several times every week to prevent tangling of their coat and also minimize the amount of hair around the house.

Their teeth should be brushed at least twice monthly and their nails should be trimmed every other month. The back of their ears and gums should also be checked as often as possible to avoid any infectious occurrences. Every three months, berners should be bathed thoroughly to maintain a neat appearance. If berners are groomed often at a young age, they become more accustomed to it as they grow and will cooperate fully.

The unregulated breeders who are selling outside of the USDA regulations and without a license are what we consider to be “Puppy Mills.” We are committed to offering Bernese Mountain Dog puppies who will grow up to become important members of your family. We only purchase puppies from the very best sources, and we stand behind every puppy we sell.